The UpCloud provider is just a regular WordPress plugin – upload and activate it from the WordPress PLUGINS screen.

Turn on the API permissions

Under your account screen at UPCLOUD there is a checkbox that enables or disables API permissions.  Please make sure that is checked/turned on.

The UpCloud provider needs connection and security information before it can be used.

You can provide this information under WPCLOUD DEPLOY->SETTINGS->CLOUD PROVIDERS->UpCloud.  There are several steps to this process:

Once the provider has been configured with its connection and API information, it will appear as an option when deploying a new server. 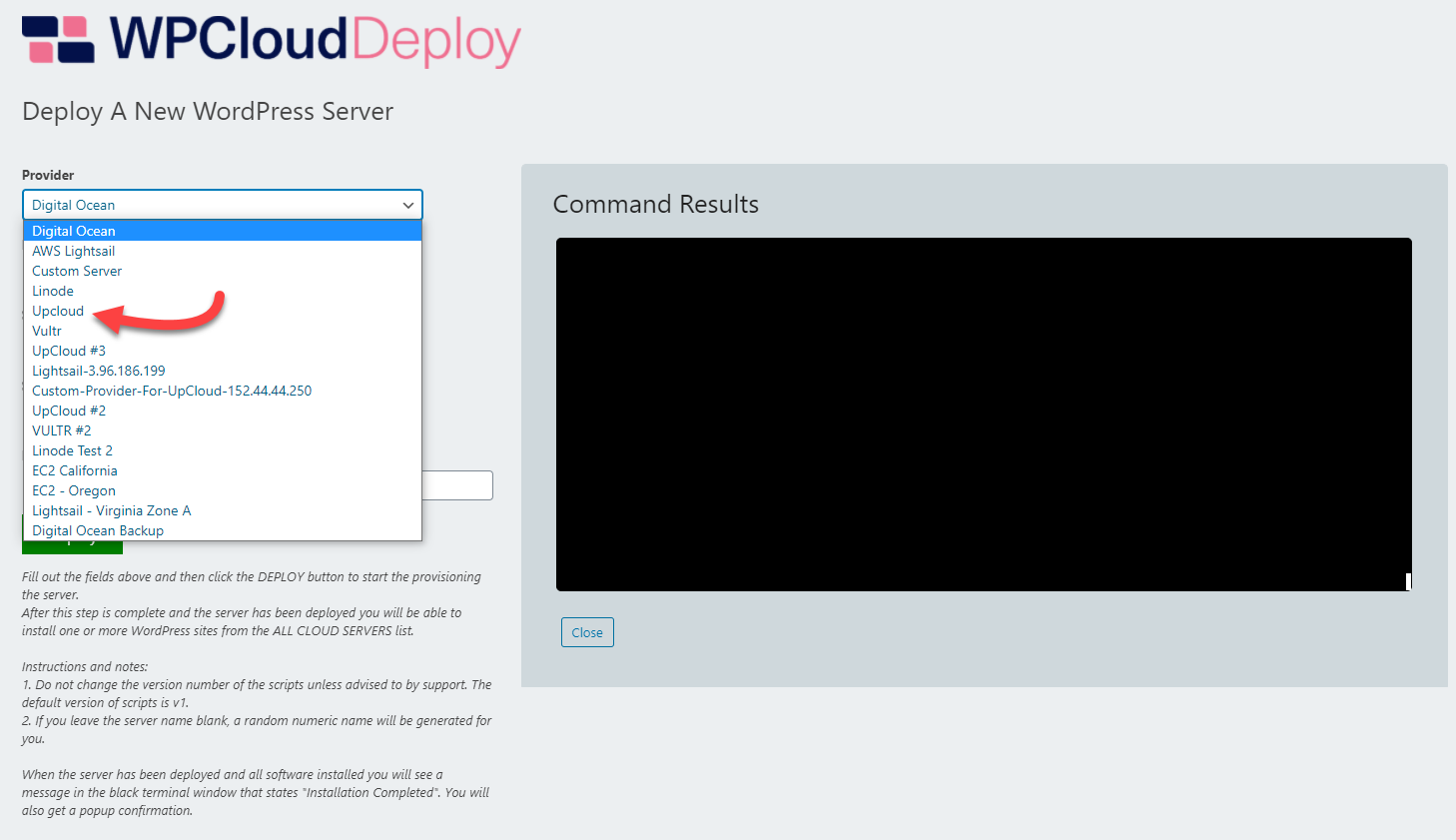 UpCloud seems unusually sensitive to server names and even the contents of public keys.  Server names must be lower case and server keys cannot contain anything that remotely seems “lewd”.

We have noticed that in some regions it will take a long time to deploy servers – as long as 30 minutes.  As far as we can tell the first attempt at deploying some packages on the server fails for some odd reason.  So the deployment scripts end up waiting a bit and automatically retrying the operation a second time which then succeeds.

It is possible that a server might not be deleted at UpCloud even though it’s been deleted in WPCD.  This is because the server might take longer to shutdown than the time allowed for executing a single PHP script.  Whenever you delete a server in WPCD you should double-check that it has been deleted in UpCloud. This is probably something you should do with all cloud providers but UpCloud is especially vulnerable to this issue.

Associated with this is the MOVE TO TRASH bulk actions option – if you have an UpCloud server in the list of servers to be deleted you’re likely to have servers remain behind since it is highly probable that the script will timeout.  We recommend that, when using the MOVE TO TRASH bulk option on servers, do NOT include your UPCLOUD servers in your selection.  Instead, delete your UPCLOUD servers one-by-one.